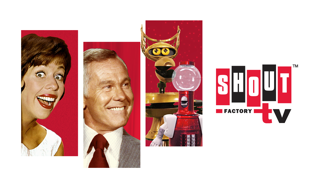 Good God after this week (STILL with no answer!) let’s all do a Bad Movie Cleanse tomorrow. Just pure silliness and action and fun. Go to https://t.co/lxN0nyARbD to watch #PattonOswaltsSixPack! See you there? pic.twitter.com/sspOFUIZdD

Shout! Factory TV is a next-generation digital channel offering cult and classic TV and film that have shaped today’s pop culture. Our library of over 2,000 hours of programming