Hundreds of  FREE movies – at no cost to you.  No subscriptions. No fees.
Roku channel is available on AppleTV, FireTV, GoogleTV, Roku, Mobile & Website.

Where to Watch FREE 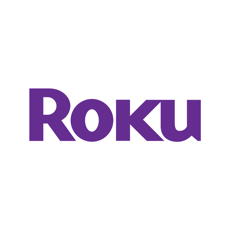 12/1/21 Starting on December 1, The Roku Channel transforms into a winter hub complete with curated collections of thousands of hit movies and TV shows, live TV channels, kids & family entertainment and much more.

Free, ad-supported content on The Roku Channel is only available on your Roku streaming player or Roku TV in Canada, the United Kingdom, and the United States, plus via your web browser, Roku mobile app, and compatible Samsung TVs and Amazon Fire TV devices in the United States.

What channels are available in the Live TV Channel Guide?

More than 100 FREE linear channels available through the Live TV Channel Guide. These channels include:

The Roku Channel for the Web in the U.S. offers FREE access to anyone via PCs, mobile phones and tablets.

The Roku Channel features hundreds of Hollywood hits, all free and available to watch whenever you want. From comedies, to award-winners, to cult classics and more, The Roku Channel lets you kick up your feet for nights of streaming with no subscription. No fees. And no login required. Just great entertainment with fewer commercials than you see on broadcast TV.

This channel has movies from studios including Lionsgate, MGM, Paramount, Sony Pictures Entertainment, and Warner Brothers that are available to watch for free with advertisements.